What keeps you up at night? 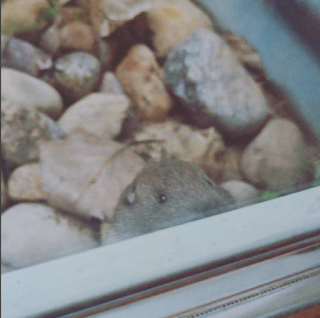 Once upon a midnight dreary,
While I slept, weak and weary,
There came a scratching at my bedroom window.
And that was pretty much the end of a decent night's sleep.

My bedroom is in the basement, and its window, with a deep well surrounded by corrugated metal, is known for periodically trapping critters down there who die of starvation and exposure if I don't find them in time.

It's terrible, really. I look out my window and have this glassed chamber of death to observe.

Last night, around 3 a.m., I heard a frantic scratching at the window. It wouldn't go away, no matter how hard I willed it to.

I got my flashlight from the bed stand, and went to the window. The beam of light shot through the glass and I could see the critter, clamoring for the light. It was cute, but not at 3 a.m. Or at 3:30 a.m. Or at 4 and onward, which is how long the racket continued. 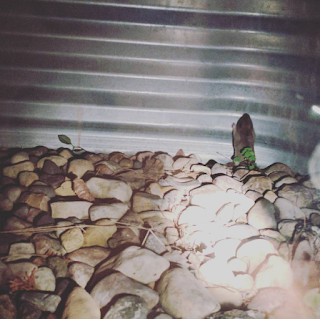 Clearly, it was frantic to get out.

I don't blame it.

There were the remains of two little mice who had the misfortune to get trapped in there while I was gone for the weekend. No doubt it was terrifying to realize you'd fallen into a pit of death with little sustenance beyond some weeds.

I tried to sleep, but it was mostly an orchestra of scratching at the window and grumbling under the covers. Periodically I'd go to the window with the flashlight to yell some vague threats only to see a little head and paws pop up at the edge, begging for salvation.

Now, with the sense that comes with daylight when the befuddled illogical thinking of night has been pushed away, I see that the decision I should have made was to just go sleep on the couch. But, at the time, I had this thought that the little critter might chew his way through the wood or the window latch and get into my room and I ought to stick around just in case that happened to keep him from getting to the rest of the house.

This is a non-story, really, other than to explain I'm super tired today and that if some emotive reporter thought to ask me what keeps me awake at night, the answer would not be some kind of deep philosophy, but would be simple instead: rodents.

(Yes, the critter was safely removed in the morning and sent on its merry way.)
Labels: nature