My failed campaign to run for sheriff.

The county elections were on Tuesday, and I totally missed the boat. I did zero serious campaigning in my run for the Nazi party as county sheriff! 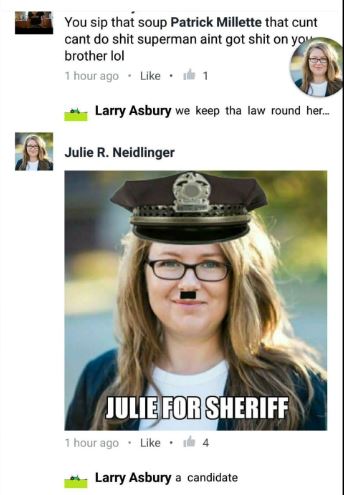 Those were the halcyon days of yesteryear, back in 2015 and 2016, when lots of losers often named Patrick Millette were fixated on a pipeline protest and endeavored to create a false Facebook profile of me to spam various North Dakota sheriff offices, and participated in various other forms of super-unique Hitler-themed harassment directed at me, often during the day when he was at work and on the company clock.