A meeting I could get behind. 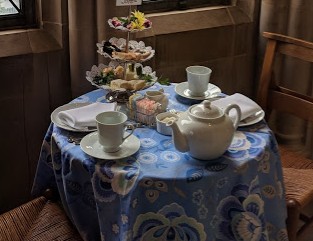 "Back when I was on the farm, I really enjoyed the writing group," I told my friend. "It was an excuse to go to town, spend some time in a coffee shop, that kind of thing. Now I go to so many coffee shops and see people and everyone is so busy getting together and making and creating that it doesn't seem all that special anymore."

It clearly wasn't about the writing, though I did enjoy the people in the group, most of whom were elderly. It was a chance to shake up a solitary routine.

This discussion came about because I was bemoaning my lack of interest in being involved in anything. I pretty much just want to hole up in the house for days on end and work alone. That's not particularly good on a variety of levels. While I don't buy into the need for doing everything as "community" as is popular with the maker movement, it is good to have connections with people.

"I can't think of a group or club that I'd be interested in committing to, that I'd actually look forward to."

This was bothersome to me, so I put a few days of thought into what kind of group I'd look forward to going to once or twice a month.

And it came to me: Tea Party Guild.

No agenda. Take turns hosting the party. Probably a few basic rules or goals, but not much.

Yes, I could get behind that.