Believers should be a pocket of peace 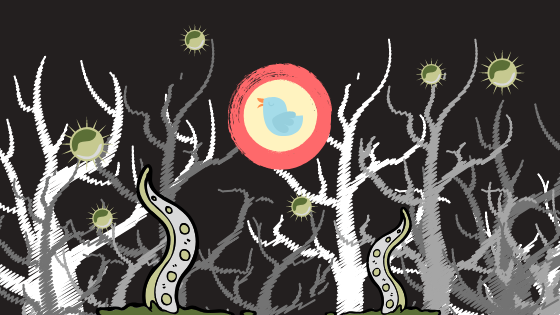 My friend and I were talking yesterday about all that is going on in the world right now. We were both somewhat surprised (and, admittedly, frustrated) not just by the general response to the pandemic, but the way believers in Christ were responding.

Neither of us want to get sick, of course. Last year I had one of my regular awful sinus infections that morphed into a monster and it ended up lasting weeks--sore throat and hardly able to breathe--and the coughing resulting from it dragged on for months. It was exhausting and miserable. But, for some reason, neither of us are particularly scared right now despite it all.

Perhaps it was teaching a class about Heaven last year that permanently changed my perspective on everything, but I can't help but think more about what happens for believers for eternity than I do about what's going on here right now.

The fear level was surprising to both of us, as was the seemingly contradictory demands I told him I'd seen online of people who are angry they are being asked to work, yet simultaneously asking for financial help and wondering what the state and federal government was going to do for them.

That fear is translating into selfishness, a justification of things not at all based in faith, lashing out, and other behaviors believers in Christ especially shouldn't be doing.

My friend paused, and then said, "I really like that. There should be pockets of peace."

Having peace in a storm isn't because you're uninformed or foolish or ignorant. It's quite the opposite.

You can have peace and joy and trust and hope, in God, while not lessening the reality of the situation. I'm leading an online Bible study and right now we're looking at Shadrach, Meshach, and Abednego refusing to bow and being tossed into the fiery furnace (Daniel 3). There are so many things to talk about in that passage, but to pare it down for today, the reality is they trusted God and knew he could save them, though they did not know if he would save them. The author of the study points out that, in their case, God completely miraculously saved them, but in Job's case, he had to go through great loss. Either way, they were still faithful to God.

In the past, generations have understood this. During WW2, the words of Shadrach, Meshach, and Abednego--"but if not"--were used at Dunkirk.


If it be so, our God whom we serve is able to deliver us from the burning fiery furnace, and he will deliver us out of thine hand, O king. But if not, be it known unto thee, O king, that we will not serve thy gods, nor worship the golden image which thou hast set up. (Daniel 3:17-18)

Will you serve that false god, or keep your faith in the true God? And if things go badly in your eyes, not according to what you think should happen, will you still be faithful to the true God?

You can make this choice right now, which one you'll serve. Your decision right now will, from this moment on, affect the words coming out of your mouth, the things you do online, and the thoughts you feed in your head.

Hopefully, you choose the true God, because if you do, He'll fill you with peace each time you turn to Him in word, thought, and deed. And you'll become a pocket of peace in the chaos, whether your neighborhood is your street, your apartment building, or your online world.

As one friend of mine suggested online, you'll meet people's eyes and smile at them at the store instead of ducking your head and allowing "social distancing" to cut away your humanity.

You'll check in on friends and neighbors just to make sure they're OK, and if they need anything.

You'll fill your online activity with God's hope and beauty and creativity.

You'll have home church with your family, praying and studying the Word together.

You'll place your fears and concerns about finances in God's hands (believe me, I have them too).

You'll find ministries or organizations that need financial help and send what you can.

For whatever reason, what's happening is happening. But so many good things can come from it. We're relearning how to be the body of Christ. We're being forced to cut some distractions and realize the small joys that were around us all along that we took for granted. We're learning to appreciate what was normal and mundane because it no longer is, such as meeting friends for coffee or going out for a meal. I even appreciate the neighbor's screaming kids playing in the backyard, because it is a sense of normalcy. Churches are being forced to rethink what they do, how they do it, and maybe some are getting a kick in the pants for complacency. We're turning how we think of and "do" church inside out.

And frankly, we got an abrupt, if temporary, end to some bad trends in public schooling. There are no more drag queen story hours, graphic sex education for small children, and so on.

I want to exercise the extreme excitement of faith. If there was ever an extreme sport, it's the exercise of faith. None of us can fix this situation; whether the pandemic ends sooner or later changes nothing. The new virus is here to stay. It'll pop up again and people will die. Future pandemics will come. More people will die. The economy will go up and down. The god of fear seems to be omnipresent, but only if you let it. The true God is in control.

So which god will you serve?
Labels: current events faith