When everyone cheered for normalcy. 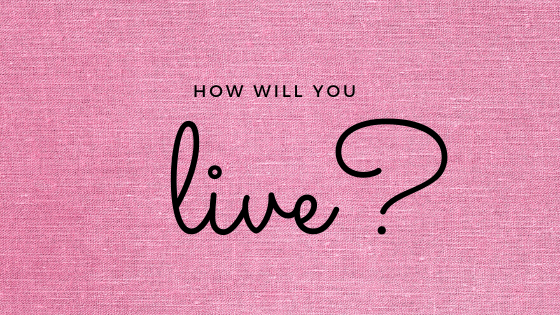 The March concert of the Bismarkc-Mandan Symphony Orchestra was wonderful. We got to clap along to Offenbach's Can-Can (Orpheus in the Underworld) at the start. It ended with Ravel's Bolero, which people either love or hate. If you've ever seen it performed live, however, I think you'd end up loving it. When it was over, the audience roared to their feet, so I guess the people there that night loved it.


Bolero has one basic tune that gets repeated through its entirety, with the snare in the background tapping out a marching rhythm keeping things steady to the end. It begins quietly, with a flute solo playing the tune, then other woodwinds (oboe, clarinet) taking their turn. Other instruments join in quietly with the rhythm, waiting for their turn to join in on the tune. The volume gradually builds through the repetition, until at the end, it's a full-blown blaring brass-and-drum discordant blasting finale where it ends shockingly aburptly.

Most of the people who attend these concerts are senior citizens. That night, in the midst of the pandemic craze, the auditorium was about half to 2/3 full which, to be honest, wasn't atypical for the spring concerts.

The gal who is the maestro introduced the concert as usual, and then, looking out across an auditorium of people who were the demographic in danger from the coronavirus, said "Thank you all for braving whatever it is you had to brave to come out tonight. I think we are one of the few or only orchestras having a concert."

The auditorium exploded into loud cheers, whooping, bravos, and clapping. It went on for no short length of time.

This is not what I've seen online, from the younger generations. In fact, more than once I've seen older individuals chime in on Facebook asking people to calm down.

Either through the memory of what their parents had described and had raised them being mindful of, or by living through it themselves, they had an understanding of the War to End All Wars, the Spanish Flu pandemic, the Great Depression, WW2, a couple of pandemics in there, the Korean War, the Vietnam War, the Cold War, various health problems, the death of friends and family...what does it take to get to where they were that night?

I keep seeing the media talking heads insist that this is a historic time and I wonder if that's the arrogance of younger generations who somehow think all of previous history wasn't, and that there are new things under the sun. I am also skeptical mostly due to how the media frequently assures me over and over that This Is The Big Story To End All The Other Stories.

I see all kinds of dire predictions, and a push to lock down an entire country for at least a month or more with a surprising lack of understanding that some people can't "work from home." I see celebrities and white collar workers encouraging everyone to embrace working from home and to just relax, but that's woefully difficult for people working paycheck to paycheck. Clearly the supply industry might be doing great, but the very important service industry is being destroyed. We might come out of a month or two of the alleged historic situation physically healthier with better medical numbers and proud to have flattened the curve, but in an incredible economic depression with more people out of homes and jobs. What will the suicides be, from loneliness, from losing a family business, from losing a home? What about the other deaths related to different health issues shoved aside or not making the triage with our fixation on the coronavirus? We might be praising the lives saved by the lockdown and missing the lives that ended because of it.

Right now, we see lots of doctors and epidemiologists on the news, giving predictions and expressing dire warnings. We look at live maps and watch numbers in relation to what those folks are telling us. It is no surprise that an infectious disease professional will only talk in terms of infectious disease and related mitigation, somewhat disregarding other concerns that make up what it is to live life beyond biology only. It is their job to be most concerned about the biological being.

But what about the emotional and spiritual being? The one with fear and hopelessness facing eviction as governors are praised for closing down the place they worked at, scared of the day the bills come in and the money isn't there. The one who needs a church more than anything, only to find that churches are closed when they're needed the most. The one who grows weary of experiencing life behind a screen. If the meeting with others of faith and the arts and humanities are shut down to protect the biologic being, what does that do to society?

In a recent press conference, medical leaders said that there ought to be no gatherings over ten people, and to avoid restaurants and bars, for two weeks. They said that the outbreak might extend possibly to July and August and those restrictive guidelines would be revisited after a 15 days to see if they needed to be extended further. They also said that the millennial generation, already used to communicating from a distance over the phone and keeping distance from others, will be the generation to end the virus since apparently, social distancing (once thought to be their downfall because of depression rates and other related issues that come from being socially isolated) was their strong point.

The medical leaders made an excellent point that if everyone works together as a community and follows the guidelines for two weeks, there is good chance that will lessen the need to drag it out further, but I had to shake my head a bit.

Aloneness is a great way to stop an epidemic, but it's a terrible way to live.

The Bible is clear we are not to live in fear, and that we are also meant to be in communion and connection with each other. We are social beings (which is not easy for we introverts to accept); keeping us from being social is a slow death, like leaving a sick horse by itself so it wills itself to die. Isolating people for a possible one to six months is the severe alteration or end of society. Forbidding church gatherings, social gatherings, or eating out for months is the end of sanity. There will be no "back to normal" after that point. There will be years of digging out of deep recession at best. Is protecting the biological being from sickness worth that price when the other equally important parts of it are left to become sick?

Making the rounds on social media right now is a reference to a C. S. Lewis quote about living in the atomic bomb age, and how, if you substitute "atomic bomb" with coronavirus, it would apply to today:

In other words, do not let us begin by exaggerating the novelty of our situation. Believe me, dear sir or madam, you and all whom you love were already sentenced to death before the atomic bomb was invented: and quite a high percentage of us were going to die in unpleasant ways. We had, indeed, one very great advantage over our ancestors—anesthetics; but we have that still. It is perfectly ridiculous to go about whimpering and drawing long faces because the scientists have added one more chance of painful and premature death to a world which already bristled with such chances and in which death itself was not a chance at all, but a certainty.

This is the first point to be made: and the first action to be taken is to pull ourselves together. If we are all going to be destroyed by an atomic bomb, let that bomb when it comes find us doing sensible and human things—praying, working, teaching, reading, listening to music, bathing the children, playing tennis, chatting to our friends over a pint and a game of darts—not huddled together like frightened sheep and thinking about bombs. They may break our bodies (a microbe can do that) but they need not dominate our minds.

— “On Living in an Atomic Age” (1948) in Present Concerns: Journalistic Essays

There is nothing new under the sun, especially ways to die or be afraid to die. The world has always been a deadly place for someone somewhere. That doesn't mean we don't try to mitigate it, but living in or promoting other forms of devestation or fear isn't mitigation. It's exacerbation. It's living life in fear of death instead of living life accepting death. One is full of dread and selfishness and closed-off defensiveness, and the other is about joy and generosity and hope and being fully alive.

Last week, those people were there to enjoy a concert. The risk was what it was. At the time, only one case was reported in the state, up by Minot. People maybe thought they were foolish, all the online experts would say at least as much, but the crowd cheered for normalcy. Why?

It's a life of steady accumulation of scary personal experiences and world-wide disasters that some made it through and some didn't that, building over time, creating a kind of understanding through the symphony of it all, if you don't allow fear to reign. It's an understanding that no one is guaranteed a minute more of life. It's an understanding that all life is precious, but all life ends. You can choose how you will live in it, and if you'll die in fear and alone long before you're dead, or live to the end.

It's wise to take steps as we are, I suppose, but it would not be wise to continue them for extended periods of time. At some point, the cure becomes worse than the disease.
Labels: culture current events faith pandemic