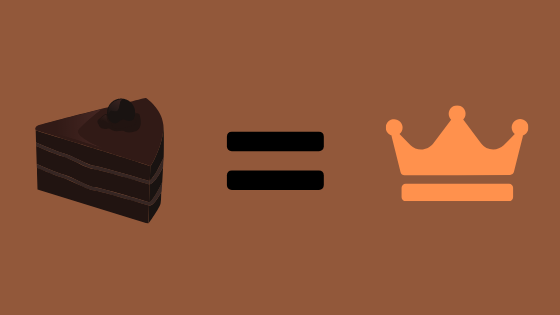 Client: Put a billboard up on Mars.

Me: I don't think you'll get much response.

Client: Do it anyway. We're paying you to do what we tell you to do.

Me: (Puts billboard up on Mars)

Client: We aren't getting any response.

This is the difference between someone who hires experts because they trust their expertise and value their opinion and it's part of why they hired them, versus someone who hires people to push the button they tell them to even if the expert is saying "I wouldn't push that button."
I had made a point of never using my personal connections to further the engagement of client social media because I actually like my friends and family. But the pressure on this was overwhelming and I just wanted them to go away. So I told a few friends and family members to go enter the contest just to get the ball rolling. I figured others would still participate.
A friend entered.
No one else did.
"No one is entering our contest," the client reminded me.
Yes, because there is no such thing as Martians.
"It would help if I could share this on your social networks and if you’d let your customers know about it," I said.
They would not.
I guess it was too crass to tell your CURRENT CLIENTS that they could win a free ice cream cake by participating in a fairly benign contest on your website's blog by sharing what they were thankful for this Thanksgiving. God forbid you give your clients a fun chance to win a treat and excitedly share it on social media letting people know you were a great company.
I prodded family and friends again, asking them to enter genuinely if they were interested, and spread the word.
My sister, bless her, answered my call for help. She entered the contest. She’s from several hundred miles away, but the contest rules didn’t forbid that. Dairy Queens are found pretty much everywhere in the region, after all, and there was one in her town.
Ultimately, after time passed, the only two people to enter the contest were my friend and my sister. My sister won. Not my friend who lives in town, but my sister from a few hundred miles away.
My sister was working as a vet tech at the time, and the wife of the client called to congratulate her on winning the cake. It's unfortunate that they called while she was working cattle in a chute, however, because my sister hung up on her. It was a bad time, what with the beasts slamming her about, and all of the racket. I can only imagine what the prim and proper client thought of that brief chaotic phone call. If they wouldn't share a contest with their clients because it was crass, I wonder what they thought of the mooing and swearing.
"So you hung up," I asked my sister when she called me a bit later during a brief reprieve.
"It was noisy," she said. "And I wasn’t sure if it was a scam call."
"It’s not a scam," I told her. "Just be polite and accept the gift certificate."
When she was done with the cattle, she called the wife of the client back and explained that she was castrating bulls and that’s why she hung up the phone.
Ye gads. Rocky Mountain oysters, anyone?
The client’s wife had her husband call my sister back. He congratulated her on being the winner, but asked her about her area code. How would she claim the prize, which was for a specific Dairy Queen in Bismarck?
As Burt Gummer, from the Tremors movies would often say and I often quote, why didn’t someone tell me that critical, need-to-know information? At no time, as I repeatedly discussed the contest with the fussy client, did anyone restrict entry to the local area only, nor did anyone say it would be a specific Dairy Queen. I had even asked and put basic FAQ on the blog post which included the following two items, approved by the client:

Q: I'm not from the Bismarck-Mandan area. Can I still enter?
A: Yes, you don't have to be from Bismarck or Mandan to enter this contest. 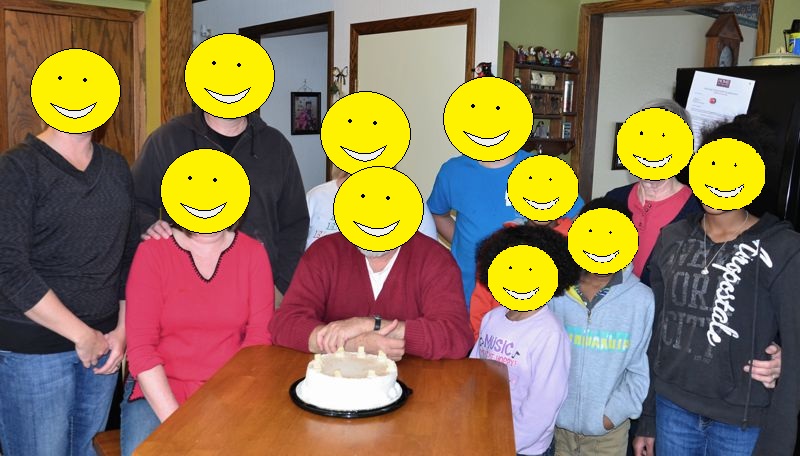 Oddly, I feel that the photo fits the situation on so many levels, particularly if you knew who the client was, the name of their business, what's going on in this photo, and the complete crap show this ended up being.
Yes.
Plaster fake smiley faces on everyone. Because it's only through that level of grimacing fakery that I made it through working with that client.
Labels: social media work