To believe or not to believe 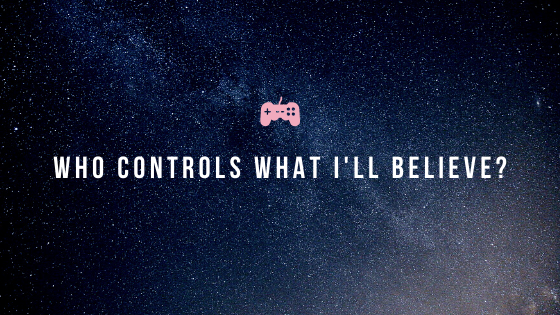 Do you see what he is doing?
"If you even dare consider what Mikovits said was legit, you are clearly crazy, you make me laugh at you, and I'm assuming you have zero attention span so you're probably not educated and maybe aren't able to read and comprehend much."
That's disgusting. And that's a sloppy, weak debate technique right out of the gate. Mockers defame and dehumanize their opponents to make themselves seem the rightful authority figure. Any peacock could do it.
I would daresay that many people who don't go along with Group Think aren't the ones unable to stop, read, consider. There are plenty who blindly follow the platformed experts without doing much of their own research, either. Yet they aren't called loony, stupid, and unable to comprehend. Has ZDoggMD read Mikovits' book, the one blurbed by MIT scientists and a Nobel Prize Laureate, and gone through her footnotes? If not, I'm not sure where he gets off hinting at other's alleged short attention spans.
Again, look for a pattern. The consistent censoring. The barrage of attacks. Is this doctor attacking a person, or ideas? And if it is ideas, does he have the experience or knowledge to refute them? Does he successfully defend his position against the whole of the ideas (the book and speeches included) or just a short 25 minute video (because of his short attention span)? Or does he rest most of his case on attacking the possible failures of a person and then appeal to authority (his, or linking to others who also do similar hit pieces, as if sheer number of supporting articles is enough)?
Remember, there are other opinions out there, and in significant numbers, but they don't get the "due process" i.e. the platform. Some are pulled down. Some are on wonky looking blogs without the slick sites and follower counts that you get when you're still goostepping with the accepted crowd. The reward is for those continuing to goosestep; it is easy for them to shout loud and long, because they are given the microphone without fear of losing a grant or reputation. If 1000 people scream a lie, it is not made true simply by nature of volume.
It's fine for him and others to disagree, to have different opinions, to make videos and write about it. But we have to watch out for mockery and reduced platforms of other ideas.
Labels: miscellaneous pandemic