The myth of marble cake 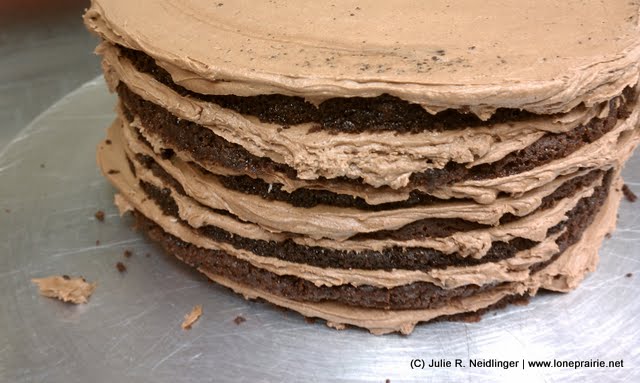 I worked several years in a bakery. For large celebrations, such as a graduation or anniverary party, people would often order a marble sheet cake.

No one is happy.

Hardly anyone really loves marble cake. If you like chocolate, there's not enough chocolate. If you like the white and vanilla cake, the chocolate overwhelms that flavor. The distinctive textures of both cakes are lost in a kind of middling texture. By choosing the compromise marble cake, you ensure that you make nearly everyone unhappy.

You could make half the people happy and half unhappy, but instead, you decide it's most fair if everyone is unhappy. That's the communist way.

This is kind of like what is happening with some schools this year regarding the wearing of masks and in-person or online teaching. There's a reason the names of the school board members who voted on a plan for Bismarck Public Schools are on the tongues of parents. Election should be fun for them.

Some thought that too unsafe and wanted only online school.

In the realm of compromise, three people picked the most nonsensical solution. Parents have to figure out work schedules and babysitters in the weirdest most inconvenient way possible. Grandparents (a.k.a. the demographic that gets the most sick from the WuFlu) will be doing much of this babysitting for the online school at home days when parents are at work. So we're maximizing the exposure to lots of people who otherwise have no connection to schools! Neato! Heck, even I'm going to be helping out, and I'm hardly around anyone since I work from home, so with a magical vote, the Bismarck Public School Board made no one happy, solved no pandemic problem but may have made it worse, and made everyone's life more complicated.

No one is happy. Everyone is unhappy. Why not take the scary leap and choose one and at least make one group happy?

As a baker, I know that I can't simply make a batch of chocolate cake from scratch, and a batch of white cake from scratch, and swirl them together to make a marble cake. Chocolate cakes usually have oil as their fat, while white cakes usually have butter. The consistency of the two is different, and they don't mix or bake well because one is heavier than the other. Marble cake mixes that you get in the store have tweaked the recipes so that you have a less great version of both the white and chocolate so they'll mix nicely but on their own, would make sad white or chocolate cakes.

We all have a piece on our plate, but most of us are not too thrilled about it. We'll remember the name of the baker come election time.

It's kind of like weighted voting (which horrid "it's all about veterans and oh, these other five terrible things we'll do to your state constitution" Measure 3 builds into the North Dakota election system, so please vote NO). You don't pick one candidate, you pick a few and rate them in order. You try to get the oil cake batter and the butter cake batter to play nice together. The two main candidates will get votes, but so will some obscure candidate that would never have a chance in any system other than weighted voting where people randomly pick someone else just to complete their ballot. That's the marble cake approach, trying to find an innocuous middle ground in which absolutely no one really gets what they wanted and everyone is unhappy with the end result.

Could you imagine if we elected some of our leaders this way? It would be like having a time-share president. "We'll have white cake a few days, and then chocolate cake. They'll spend most of their time writing executive orders cancelling out what the other guy did, so not much will be accomplished."

It's the ultimate participation ribbon approach, the culmination of a few generations of people who expect everyone to win not realizing that if everyone wins, no one does. We take all the opinions, fears, and concerns of everyone, sew them together, and say "enjoy your Frankenstein's monster."

Don't settle for it.

Choose one or the other.