North Dakota is too trusting with politicians and petitions 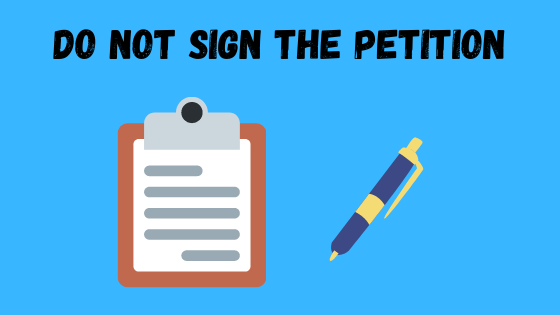 North Dakota culture is trusting and about being a good neighbor and hard worker.

That means, in the political realm of petitions and ballot measures, we are showing up to a duel-to-the-death with coffee and lefse.

Legal action was able to remove awful Measure 3 from the ballot, which got there through verifiable deception and lots of outside money and was anything but truly grassroots. But we still have a controversial measure on the ballot this year, Measure 2, which has really split the conservative vote because it attempts to deal with some of these concerns.

Measure 2 isn't sitting well with some who think it takes power from the people and gives it to legislators, versus those who think it would put a stop to the recent years' worth of nonsense in which our state constitution was mucked about by outside money. It's a tough one, but people ought to know who allegedly assembled the team for Measure 2: Gov. Burgum. Do some digging. Talk to the people who are sponsoring it. See what you find out.

I don't know what the technical answer is, but we have to do something about how we do petitions in this state so that they are truly and solely only funded and led by the people of this state. There has to be transparency and a way of halting a deceptive petition drive without making it difficult for genuine citizens to start petitions.

Right now, our state is giving it away.

I don't want to destroy a culture of trust because that's a rare thing these days, but we need to be instilling more suspicion in the citizenry regarding politics and petitions and, sadly, medical experts and even some educational leaders, it appears, because they're running roughshod over us.

We have a governor who used his millions to get rid of true conservatives in our leadership and stock the state pantry shelves with his not-really-conservative-at-all friends, including Burgum-supported Thomas Beadle, who won the primary for state treasurer who sent out ads with Donald Trump photoshopped in as if he had Trump's support when it was opposing candidate Dan Johnston who actually had Trump's support. Does Trump know he did that?

I didn't vote for Burgum in 2016 for several reasons, but it was cemented in my mind because prior to the election, I saw how all of Fargo was covered in Burgum posters. Downtown Fargo was plastered in Burgum. Fargo shouldn't be covered in posters and massive support for a Republican candidate. That doesn't happen. So that's your first hint. I'm not saying Burugm's a bad guy, and when he came into office at the end of the protest, his skills were a good fit for that time. But since then, he's helped removed true conservatives using his personal money and a PAC.

We are easy, trusting, pickings for those playing political games.

"Oh, it'll help veterans? Take my money! Take my signature! Here's a kidney because I have two!"

North Dakotans also don't like confrontation (masters of the passive-aggressive), so if you acost people with your petition clipboard as they go into a grocery story and they couldn't get away, too many don't want to be "mean" and say no. They don't want to ask too many questions. They think it might be uncouth to demand a copy of a petition, have it explained, and then say "I won't sign today, so please provide me with a website where I can find more information." They either scurry away, or just sign so they can get into WalMart and do their shopping.

I can't say it enough: there was never a time for passive citizenry when it comes to our self-governance, but that is especially so now.

We get way too many measures on the ballot this way, and while people who were tricked into signing can still vote no, there are others who may not realize problems with the measure and may vote yes. We need to protect the ballot from sneaky crap.

We're easy to trick into signing things not because we are stupid and uneducated, but because we trust. We're in a culture operating by those cultural rules and it doesn't occur to us that our normal is not the normal for those outside of our culture. We can't imagine that that wolf in sheep's clothing is doing anything subersive with our culture, using our cultural tendencies against us.

We need a system that prevents out of state money getting into our citizen petition drives for ballot measures because it should just be for citizens in and of the state! We need a system which contains detailed information, pro and con, about proposed measures. If people sign something without truly realizing what they are signing, we need an easy process to deal with that.

We need a secretary of state who isn't taking a nap. "Well, it'd be the unelected ethics commission that was made under the last crappy measure that passed who would have to deal with this concern over a dishonest petition drive, even though this latest petition throws another bone in their dish and gives them redistricting power because I don't see a problem with the fox guarding the henhouse do you?"

Marsy's Law, the ethics commission, the recent Measure 3 redistricting-but-under-the-guise-of-helping-veterans debacle...we are easy pickings.  You find a state with under a million people with a trusting nature and get-along culture with lots of oil money and you have a nice sandbox waiting for you to play around in. Throw in the words veteran, police, children, and seniors, and some description of how they could be helped with or hurt without the proposed measure, and pens start running dry as people fall all over themselves to sign up.

"This measure helps veterans receive medical assistance and also in a completely unrelated matter makes it illegal for farmers to shoot their own animals and turns all ownership of sloughs and waterways to the Game and Fish Department and Joe over in Fargo and opens voting to anyone who happened to be in the state on election day and makes oil wells illegal in North Dakota." (Paid for by a guy from Enron, from Google, from the DNC, from one of Soros' organizations, and by Satan himself, but we got some smiling hipster badass senior citizen NoDaks to be our frontmen to sell it as being good for you so you won't realize this.)

I have a family friend who is a legislator, and whenever sketchy petitions pop up, I ask him for his thoughts. You should be doing this with your district representattion. That is what they are there for.

DO NOT SIGN PETITIONS IF YOU DON'T FULLY KNOW WHAT THEY SAY AND ALSO KNOW THE POTENTIAL CONSEQUENCES THAT THE GUY WITH THE CLIPBOARD ISN'T TELLING YOU.

I can't bear to hear another story of a petition drive that was deceptive or funded by out of state money that took advantage of gullible North Dakotans.

The next time you see someone with a clipboard asking you to sign a petition for a ballot measure:

Put down the coffee and lefse and get out your sword. The pen isn't mightier than the sword if you are, indeed, at a political duel that will affect your life directly.
Labels: north dakota politics