Is Governor Burgum trying to find a way to get a state mask mandate? 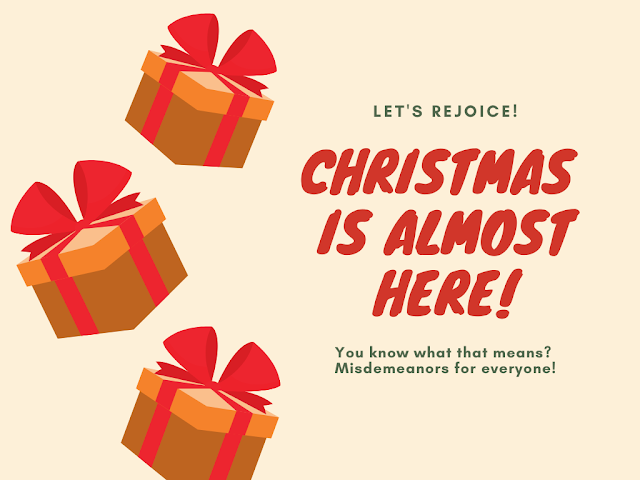 Gov. Burgum has repeatedly said he is against a state-wide mask mandate, and he's held the line on this. People started suggesting that after the election, he would flip. I didn't think he would. Mainly because despite my seeming sarcasm and cynicism, I'm still prone to trusting people at their word.

Let's just say that there's some discussion online (based on information which I won't tell you how it was acquired) in which there was the possible implication that as our numbers rise (like an expected curve would), freshly re-elected Governor Burgum is considering a state mask mandate.

Not necessarily by him, mind you, but perhaps through the state health department. So he can still say "I didn't do it." It comes complete with some neato misdemeanors for anyone not complying. Some cities are also considering this level of punishment.

You may get to hand out those misdemeanors to otherwise good citizens who believe in health freedom. No, they're not racking up the DUIs like our own elected leaders tend to. They're not driving down the interstate weaving all over the road and possibly on track to wipe out another car. They're not involved in a domestic dispute. No, that's our elected leaders doing that. These citizens are simply choosing to not wear a mask based on a decision based on plenty of reason.

Hopefully the light of day will dispel the rumor, and lessen the likelihood of it happening. But if it does happen, I want there to be a record of it so we can have that the next election cycle.

A couple of things for the governor, whose office I sent yet another email so I can get something like my 8th form reply.

1. "In for a penny, in for a pound" is bad governance. Why not simply scrap your whole color-coded North Dakota Smart Restart nonsense so there's no "red" rate that will force you to close down the state again right before Christmas. No one is making you shut anything down; it's your own stupid ND Smart Restart plan that's doing it. ND Smart Restart has had NOT A SINGLE measurable, reliable, predictive, repeatable impact on the viral curve that every place on the planet has experienced. It's completely arbitrary, the rules.

I can only imagine our leaders thought our rates would never get that high and so it was a safe bet and it looked like we were "doing something" back when they launched it in late spring. I absolutely respect any leader who can come out and say "we tried something, it didn't work, we're scrapping it" as opposed to someone who doubles down even more and tightens the reins on people yet another notch.

2. Lose your startup mentality. As I've said multiple times, you're not our state CEO, nor am I your customer. You're a public servant. But if you insist on viewing things as a startup, let me muster up my experience working for a startup and speak your language.

This is a biological virus, not some tech bug. You can't chase it down and tweak the code here and there to fix the problem. You can't adjust some numbers and make a satisfactory minimum viable product (MVP). You can't have a scrum meeting with defined sprints with your staff and solve this one. You don't have control in this situation. You still must think you do if you think more money and more restrictions will do the magic trick.

Consider those of us who won't comply as a disruption. Startup hacks like you love the idea of disruption. That's what you did to the status quo at the state your first years in office. So instead of trying to punish those who are introducing a disruption to your status quo, shouldn't you embrace us?

You can change your ND Smart Restart and scrap the whole thing. Consider it a pivot. You know how to do that, right? Startups do it all the time. You've repeatedly said mask mandates don't work, so if you sneak it in by making the department of health be the bad guy, you're pivoting right there by trying to get a mask mandate to work special this one time here in North Dakota. Clearly you're open to the pivot if this rumor is true.

Startups got us big tech got us Big Brother. Pardon me for being one of many people done with the meatgrinder mentality that startups have cloaked behind "meritocracy" and a bunch of other nonsense. Lose the "I'm in complete control and can fix this" startup mentality.

3. You have an electorate that's on edge after what they've seen in the national election. Maybe you don't want to push them right now. Because they're tired of deceit, fraud, back room deals, and trickery. They're highly motivated to lash out.

4. Your focus should be on the hospitals. You keep thinking that controlling the people outside of the hospital helps the hospital. That's backwards. You help the people early when they only need the peripheral services instead of waiting until they need everything you have and then some. You start promoting vitamins and other healthy things they could do beyond "wash your hands and use hand sanitizer and masks." You've had eight months, and you and the state health department have yet to really talk about health.

I'm reading story after story of North Dakotans, who have been sharing their personal experiences online, tell of how they have tested positive, have gone to the doctor on the mild side of things, and are sent home to hopefully get better. When they don't, they are finally admitted to a hospital in a bad state requiring serious care, conveniently expensive Remdesivir and whatever else, and possibly sliding towards death. They take up an ICU bed. Maybe a ventilator.

Are we really trying to save hospital beds by sending sick people home instead of treating them with therapies that have worked elsewhere, therapies that if used early on make the illness very mild and actually do keep people out of the hospital? You won't even mention some of the low-cost safe therapies in press conferences because they've become politicized. Sanford and others in North Dakota, from what I've been told, simply won't use or acknowledge them even if people ask for them. Why? Instead of shoving Q-tips up our nose and wrapping people in plastic and face diapers, we could be treating them early.

Instead, we let them get sick, fill our hospitals, and use that as a reason for more restrictions.

Let's hope that Governor Burgum decides not to go this route, despite the conversations he may recently have had about it. But I'm saving up some money for fines anyway. Because I will not comply.

P.S. A letter going out to the legislators has incredible information on the sketchy PCR test we're using, the cycles we're running it at, the systems our state is using to run the tests, and insider information on how unreliable the test results are. Did you know our state health dept. has a gag order in place? That sure seems open and transparent.

You can get that PDF here (PDF will immediately download).

UPDATE: November 13, 2020. Gov Burgum, after saying he wouldn't do it, a week after the election issues a soft lockdown and a statewide mask mandate.