It's not "fact-checking," it's conditioning. And it's time to leave. 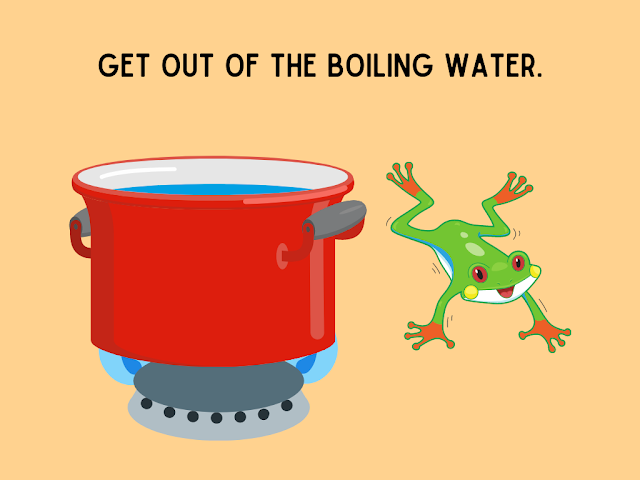 What you repeatedly see you get used to.

What you get used to you you adopt.

What you adopt you start doing.

What you start doing you become.

This year, Facebook (and I guess Twitter) has upped the ante on "fact-checking." If you're on those networks, if you're conservative, if you dare question "the experts" you already know what it's like. If you thought of the word "election" you'd get a stupid info bubble pop up and tell you how you should think about the election results. You have to use strange characters and odd abbreviations to talk about vaccines, America's Frontline Doctors, and anything else the politburo has pegged as "problematic" and in need of control of the informational flow.

It shocks me how quickly we adapted to having our speech curtailed, complaining about it while finding workarounds and staying on the same system that clearly didn't want us there.

I haven't been on Twitter for a few years, not since my birthday gift to myself was walking away from it, but that network has apparently also gone the same route in deleting, punishing, restricting, and "fact checking" every conservative they can. They've deleted or censored the President of the United States leading up to the election.

They are blatantly gaslighting people and too many are buying it, pushing stuff into your feed you didn't want, didn't ask for, and don't agree with. But if they show you enough, you'll believe. 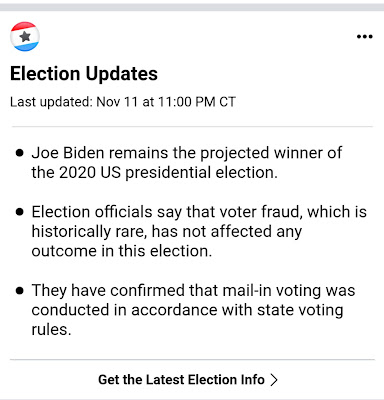 Why are we OK with this?!

You don't get to claim integrity (and non-publisher status) if you only do this to one side of the aisle. And that's what they are doing.

During the pandemic, actual experts and doctors have been censored, removed, or "fact-checked" into low readership and distribution because they did not agree with the WHO.

Why are we still regularly and actively on such platforms that clearly don't want you or how you think anywhere near them?

They clearly don't have any respect for people, they think certain people don't deserve free speech, and they have zero concern or care for you other than you're a meat puppet they want to tell how to think and gather data on to sell you stuff.

If you think it's no big deal, that you can just ignore it and work around it, I think you're wrong. What I've noticed, since Facebook kicked their fact-checking into high gear, is that people have adopted that approach and are taking it on themselves to do so.

"Let me just chime in here and say that's proven to not be true," they say, and then share a link to Snopes or some other left-leaning sketchy arbiter of truth.

Some folks think that if they hop over to Snopes, find something, and come back, they have done their due diligence and earn the right to fact check their friends and aquaintances on Facebook.

When I see something I'm not sure about, I just don't share it. I don't take it upon myself to be some schoolmarm with a ruler, smacking hands online. Why do we think we can just get up in people's business about everything this year? People have become self-proclaimed arbiters of integrity, since, you know, what we need are more online scolds who want to shush family and friends sharing things.

We love to signal how good we are, how virtuous we are.

We want people to know we're not part of the problem, but part of the solution. Now we are good online citizens, fact-checking anything that got past the Facebook fact-checkers. We have been conditioned to behave like this.

First, turn off the network news, including Fox News. Find other news sources, if you must have news, of which there are plenty (Newsmax, OAN, etc. if you'd like conservative sources. These are the ones social media and their minions like to fact check.)

It's the second one that's hard for people. They've invested years in those platforms, and have tons of friends and followers and lots of content there...how do you just walk away from that?

You walk away from that.

Do you want to be free from the subversive way they are messing with your head?

At some point, you started from the ground up on those networks. You had to figure out how to use them and it was tough at first. You can do it again.

Maybe you'll shed some annoying trolls in the process. Maybe discarding 13 years worth of Facebook activity will do you good. Maybe you've grown too comfortable with the pot of ever-boiling water they're simmering us all in, a pot that boiled over this election when we saw the manipulative way they made sure to tell you how to think about the results. Maybe being in the ground-up time of a growing social network will give you more standing and followers for your group or business page than you'll ever get on Facebook's gamed network. Instead of tiny fish in huge ocean, you could be a decent sized fish in a pond.

Seriously, the water in the pot is boiling.

Even I, who know that this is going on (like many of you) still have moments where the repetitive nature of the messaging and fact-checking have wormed their way into my brain. You cannot be continually exposed to such things without it having an effect. Continual exposure will chip away at even the best resolve.

Some have said that if people leave Twitter and Facebook, they're giving up the platform to those folks and that means we let them win. I don't see it that way at all. The horse doesn't win against the bit in its mouth. Spit the bit out and leave.

Walk away from the pig pen and let them have it to themselves, where they can cannibalize each other when we're gone. If they don't want center-right and/or Christians on their platforms, no problem. We can leave.

This is a foolish idea that we must sacrifice ourselves to maintain a fictional ideal of diversity of thought and ideas, because these are platforms that clearly don't want that in actual practice. They inject themselves into your profile, feed, and messages, past the settings and things you've set up. They weasle into your private posts and cover them with gray and hide them and refuse to let people see them without warning labels and all kinds of nonsense. They will not let you keep them out. They're in all of your activity, tracking you, scolding you, and steering you.

You're not changing them. They're changing you. LEAVE.

There are many alternatives. Here are a few:

These platforms are newish.

They don't have as many users.

Some of the people you follow aren't on them.

They aren't as slick as what we're used to.

We aren't used to how they work.

The extra struggle to learn a new platform is frustrating.

Give these new platforms a fair shot.

They had explosive growth and are struggling to ramp up bandwidth. There will be some annoyances as you figure out how to sign up, and how to use it. Some features aren't available, so you'll have to adapt. They don't have as many users and as much content yet, but you can help generate it. People like you have to go there and start sharing even if it feels like no one is noticing right away. People like you have to try.

It would be tempting to say "it's just not as good as Facebook" and go back to the slop bucket, giving them your information and feeding their meatgrinder because you like how their system functions and you know where to click to make things happen.

NOW IS THE TIME TO LEAVE.

Deactivate. Delete. Make all of your posts private to kill the Pavlovian notifications that keep hooking you back. Simply stop using it and let it mothball. Whatever it is you want to do, do it.

Some of you have business pages on there (I manage some for people, so I get that). Some of you treat it like a mission field, sharing positive information about Jesus there. Some may want to hold onto Facebook messenger while deactivating their profile for communication purposes. Fine. Do that, but do your real social activity on other platforms. At least start now, today, and see if over time as you build a new habit, you can't walk away much more easily. Start finding people, pages, and groups to follow on other networks. Start sharing content there so when the day comes you fully make the move...everything is good to go.

I am on both Parler and MeWe. I also have a Lone Prairie page and a Christian group on MeWe. I am working on making MeWe my regular habit instead of Facebook, putting content there. It's slow going, but kind of exciting. New people, new platform, a fresh start. You can find me on either. I still have responsibilities on Facebook, and I'll make those happen until the time is completed for those things, but I'm breaking that daily casual habit with an end goal in mind.

I'm not going to let them get in my mind.