The party is already going. Just change who shows up. 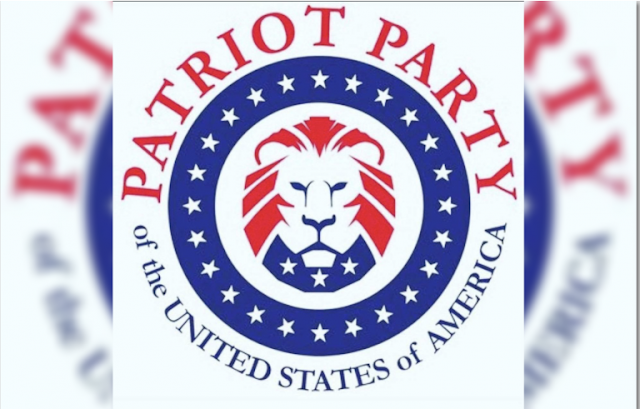 President Trump's new Office of the Former President is quite a troll and I'm not going to say too much more about it other than I'm smiling as I write this.

There was a lot of talk about him starting a third party, a Patriot Party, and some folks even mobilized and got the gears going before it was a sure thing. President Trump came out today and said he would not be doing that.

The reality is our system is a two-party system. The Tea Party morphed into sending Republicans of a different nature to Congress, though some have sadly devolved backward and away from Tea Party ideals.

If the communists and socialists can take over the Democrat Party, there is no reason God-fearing Constitution-loving people can't do the same to the Republican Party. You can get your Patriot Party using the current structures.

I'm not a joiner of organizations and parties generally speaking. I don't like having all of those bits in my mouth. But I surely can see the need to reboot the Republican party. My own Congressional representation were quick to figure out which way the wind was blowing and sidle up to what seemed safest. A year ago they couldn't spout President Trump's name enough, couldn't stop putting him on their election materials. In the past weeks, they couldn't distance themselves fast enough. 15 to 20 days after the January 6 lead-up and moment, I finally get a long-winded "statesman" reply from my senators on why they did basically nothing.

We aren't dumb. We can see them doing it.

But starting a new party on the right only enables the extreme leftward trends.

I'd rather see a "patriot party/organization" that advocated for localized education by teaching on communism and the Constitution and other political issues, that helped people start campaigns and win Republican seats, that prepared them for public service in office, that vetted and watched how politicians voted or what they aligned themselves with , and provided voter guides all the way down to a city/county level rating candidates on whether they aligned with Constitutional thought or not.

So basically, the goal would be to:

Educate people, because uneducated and uniformed voters are killing us. There are two prongs to this: voter education, and general education.

I don't want to hear one more person who voted for Biden tell me he's not an abortion supporter because he's a Catholic Democrat and that's not how they were back in the 1960's or whatever. People are voting for candidates out of familial habit, and not looking at their actual stances. Frankly, this applies to RINOs who stick an R after their name and get votes and then go on to behave like leftists or dictators. We need people informed as to which candidates are Constitutional public servants, even if that happens to mean an Independent or a Democrat.

Secondly, we know our schools are doing a poor job right now when it comes to history and American principles. Back in my grandparents day, out of concern of communism, the U.S. Chamber of Commerce put out materials (books, workbooks) for communities to use to hold teaching sessions. People learned about the threat of communism. We need community education on the Constitution, and true historical perspective on current events and twisted lies perpetuated by the media.

Recommend news and information sources. Part of the uneducated or uniformed voter problem is they're drinking from mainstream media and from Hollywood, and have zero idea, for example, that the Hunter Biden laptop and fraud story was real and still in play.

Recommend newspapers, websites, books, and other media sources that are providing solid information. Let people know where to go. Let them know which mainstream media stories making the rounds are false (or true) and why.

Provide voter informational guides for every level of election. When there are elections at city, county, state, and national level, provide detailed guides on each candidate and what their stance is on liberty and related topics. Have standard questions that each candidate can be asked by local organizational members. If they won't participate, that's their answer: they won't participate.

There are few things more frustrating than an election with school board or city/county candidates where you know nothing about them and basically have to stalk them on Facebook to get a feel for what they stand for.

Put all of this information on a website so every citizen can find it. Whether it's all on a site in whole, or it links to other organizations, local or national, doing the same thing with the same principles, we need a clearing house. One place to go to find information, a kind of Patriot One-Stop Shop.

When the next election comes, citizens can look up candidates and measures and see how they fare in terms of liberty and the Constitution. Politicians could be "rated" so citizens know what their actions are instead of falling for all of their sweet, sweet promises each election. Hold them accountable. Track their promises, and what they actually did. Track the impact their votes and alliances had on regular American citizens in terms people can understand (jobs, income, quality of life, gas prices, etc.).

Right now, for example, we have CNN no longer running the Rona Death Tracker even though people are still dying, and we don't have WaPo tracking the "lies" of the president. They are in bed with the Biden regime, obviously, but there are plenty of things people should know come election time. They should know Biden killed 50K+ jobs his first day in office. He removed the savings President Trump put in place for people needing insulin and other drugs. He shut down fracking and hurt Native American tribes who needed that income (and will ultimately cause our energy prices to skyrocket, which trickles down to food and everything you buy). We need to be tracking these in an easily understood manner, on a website, with links and details, and even updates on the measurable impact of those decisions. Because in the coming elections, they are going to try to sugar coat it.

Provide help and information to candidates and politicians who want it. For new public servants, especially, provide information and recommendations for them as they come into contact with bills and actions they have to decide on. Keep track of important bills at all levels, and provide an opinion on it as to how it affects liberty and aligns with the organization's principles. People won't serve in public service if they think they aren't qualified and don't know everything. Sometimes they vote for things because they weren't aware of surrounding issues. They might welcome the help from an organization whose goals are aligned with the Constitution.

Help primary candidates against swampy Republicans. Simply put, help new people get into public service. There are lots of good people out there who have no idea how to do it, don't think they're qualified, and just need some help getting started at every level. Training, education, support of all kinds, and a place they can ask questions would all be helpful.

There are lots of organizations out there doing some of this in bits and pieces, but to bring it under one roof with city-county-state-national structure would be helpful since information all over the place is not really useful if it can't be found.

Keep the two parties, but work on rebuilding from within.

Of course, I'm not exactly an optimist.

There's a snowball's chance in hell for this to work, because too many people enjoy ignorance, too many people want power, and swampy politicians are really good at shifting and cajoling and convincing and finding their way into power and altering the new thing into that old thing all over again.

But it's an idea.