The Flushing Remonstrance and a wish to flush sloppy language away 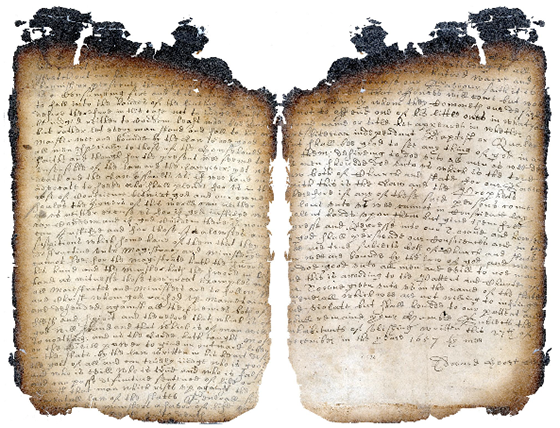 Reading about the Flushing Remonstrance in The Epoch Times dovetailed nicely with some other apt historical things that have caught my attention that relate to what's going on in our nation.

“To the Right Honorable Governor of New Netherland Peter Stuyvesant:

You have been pleased to send unto us a certain prohibition or command that we should not receive or entertain any of those people called Quakers because they are supposed to be, by some, seducers of the people. For our part we cannot condemn them in this case, neither can we stretch out our hands against them…We desire therefore in this case not to judge lest we be judged, neither to condemn lest we be condemned, but rather let every man stand or fall to his own Master. We are bound by the law to do good unto all men, especially to those of the household of faith.”

This was a defiant shot across the bow of the state, personified by Governor Stuyvesant. It was an act of resistance and an early declaration in favor of the freedom of peaceful worship. Moreover, it was not a self-serving stand for the freedom of those who signed it (none of them were Quakers), but rather a defense of the freedom of others.

Think of it in these terms: In contravention of the practice of tolerance back in the mother country of the Netherlands, Governor Stuyvesant promulgated a policy of intolerance in the Dutch settlements of New York. He aimed to persecute those who did not adhere to the Dutch Reformed Church, and the nonconformist Quakers were his prime target. In this response, the citizens of Flushing essentially stated, “You are commanding us to persecute Quakers. We will not. So take your intolerance and stick it where the sun doesn’t shine.”

Modern evangelicals, in particular, confuse Christianity with being nice.

The flip side is the Christian jerk who uses one Bible verse taken out of context (confusing message with manner of delivery) to excuse brute behavior. One extreme doesn't justify the other.

The problem with the whole nice thing is it's a trap. This is the sloppy, mushy, caveat-laden, Clintonesque attempt to account for every possible view and response in which not much stand is taken but enough Bible verses are sprinkled about to leave anyone with a spine and will to hold the line a sufficient dose of guilt and shame for not being nice.

Scolds, like Beth Moore and Glad-handing Buddies, Inc., of which a surprising number of SBC celebs are a member of, love to call out such things in tricky language that makes them appear magnanimous and lovers of love and kindness and Jesus and whatever else they can use to integrate woke culture into the covers of their Bibles. Anyone can cherry pick a useful phrase out of any book for any situation. Chugging out one Bible verse as a proof really means very little and is no impressive feat.

Oh man, if only I could stress enough the need to be able to dissect language that is being used against you, the importance of finding people who can help you do it in areas you're not strong in. I listen to videos and podcasts of people who have specific knowledge or experiential backgrounds and the ability to slice into the tricky language people use. They can spot these folks who are sugar-coating poison and getting you to consume it and make it a part of you, and help point out fallacies, outright lies, and identity group tricks used to twist language.

Whoever owns the language owns the minds. Right now, it's "experts," media, Hollywood, and Big Tech. It truly is so very, very difficult to get out of the mire and reboot your thinking. I'm always amazed at how quickly I get programmed by repetition from these sewage experts. Reading a non-woke version of Bible is about the best way to flush that nonsense out.

One of the reasons I'm letting my World Magazine subscription end is that it is too self-conscious in being a "Christian" magazine. They make a decent effort, but there is so much leftist-wokeness infecting the evangelical church now that I see it creeping into their magazine in how they cover things. The Epoch Times (yes, with ties to Falun Gong), on the other hand, without being so self-conscious about being "Christian," has no problem identifying communist and other related problems at work. They see it and call it for what it is. They don't have to juggle the tender offensive hearts of modern Christians. They promote faith, Western civilization, culture, and don't have to fill their copy with caveats to walk that mush line platformed Christians now prance about on to appeal (or appease) generations lapping at socialism/communism.

When you're relying on the attractive/seeker model for your Christian faith, you have to mush about. You play the pointless game of making you and your words likable so people will listen and buy in. So you ever-broaden your ideological nets and make room for all kinds of nutty non-Christian theories, tucking them in with nice Jesus language.

Cutting the crap with your language.

You have no idea how many people just want to hear plain speak instead of Newspeak, how many are tired of the careful language brought about by cancel culture, steeped in fear of offense and dripping in vague Pablum.

Rush Limbaugh had some great thoughts on this:

"There's a good reason for the media hating me.  And once I came to grips with that fact, that there's a reason they should hate me, then it makes sense.  One of the toughest things I had to do was learn to psychologically accept the fact that being hated was a sign of success.  Most people aren't raised to be hated.  We're all raised to be loved.  We want to be loved.  We're told to do things to be loved and appreciated and liked.  We're raised, don't offend anybody, be nice.  Everybody wants total acceptance. Everybody wants respect. Everybody wants to be loved, and so when you learn that what you do is going to engender hatred you have to learn to accept that as a sign of success.  That was a tough psychological thing for me."

Stand for something. Speak it clearly. Let the chips fall as they may. You don't have to be a jerk, but just say what needs to be said directly. Make yourself clear. If you tell 100 people the truth and they all reject you and your message, so what. Shake off the dust. Find other people.

If you're trapped in the model of having to get people to like you, you're their slave.

Consider this: "So much did Thomas Jefferson later revel in the spirit of the Flushing-inspired motto "Rebellion to Tyrants is Obedience to God," he inserted it into his personal seal. (The Epoch Times)