North Dakota House Bill 1323 is about personal freedom and liberty. On the surface it's about restricting government entities from forcing mask mandates on people, but it's really about health freedom and liberty. A vote against it, or amendments to it to gut it and make it a shell, are the actions of politicians and "leaders" who are cowardly or who don't trust people enough to make their own decisions. There's more than enough information on this blog and elsewhere to know that masks, and mandates, do nothing of value when it comes to pandemics.

But this is important to understand: HB1323 would not prohibit business owners from requiring masks. Instead, it is purely about allowing individuals, including business owners, to decide for themselves what they want to do.

If you've read my blog in the past, you know that Burleigh County Public Health Officer Renae Moch, who doesn't actually practice medicine from what I understand, has been problematic many times this past year. Derisive, snarky, emotional, attacking people and then crying when attacked, and frankly, tricky in some of her phrasing in how she gives interviews to CNN.

This is the continued technique that Moch is using today to get people to speak out against HB1323 in her deceptive letter to the editor in the Bismarck Tribune.

“HB 1323 would limit any state or local elected official or political subdivision from mandating the use of a face mask or facial covering, and if passed, the bill would not allow any organization or private business to require a face covering to enter a place for education, employment, or services.” - Renae Moch.

FALSE. RENAE MOCH IS NOT BEING UP FRONT AND TRUTHFUL.

If you actually read the language in HB1323, you'd know it wasn't true. As someone else noted, "Rep. Jeff Hoverson has dispelled this over and over again. He has tried to bring amendments to clarify the private business point further, but those have not been accepted. Check his testimony for HB1323 during the Political Subdivisions Committee; he again explained and re-iterated the point." 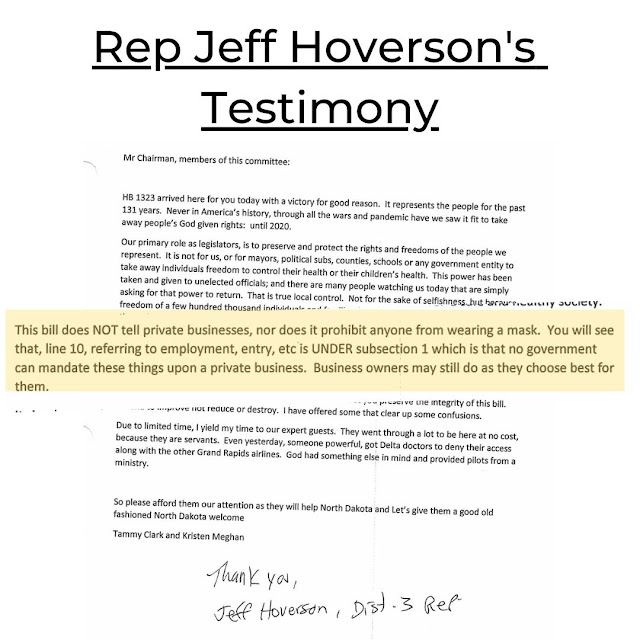 I attended the freedom rally at the Capitol today. About 300-350 people showed up. These weren't stupid, thoughtless people. We managed to rally in the morning on a workday after a long holiday weekend. We don't care if you want to wear a mask. We are simply asking that our natural rights and ability for self-governance be protected.
Renae Moch, and other public "health" officials, seem to have one duty: toe the CDC line and maintain control of people.
It's not about your health, and definitely not about your freedom. It's not at all about safety; if you haven't been reading the data by now and aren't aware of the garbage conclusions, data manipulation, censorship of any opinion on treatment or protocols other than the party line, you're brainwashed and it's hopeless for you.
I'm sorry, but that's true.
If, at a year in, you still believe it all as it's fed to you and haven't branched out beyond the boundaries of what you're told you're allowed to read and understand, you're lost. It's too late for you. You're owned. You're a puppet.
Renae Moch is not telling the truth in her letter in the newspaper, and is trying to use that to create fear and get people to want government to control them instead of protect their rights and freedoms. Moch's stance is, frankly, un-American. I will not mince words at this point. 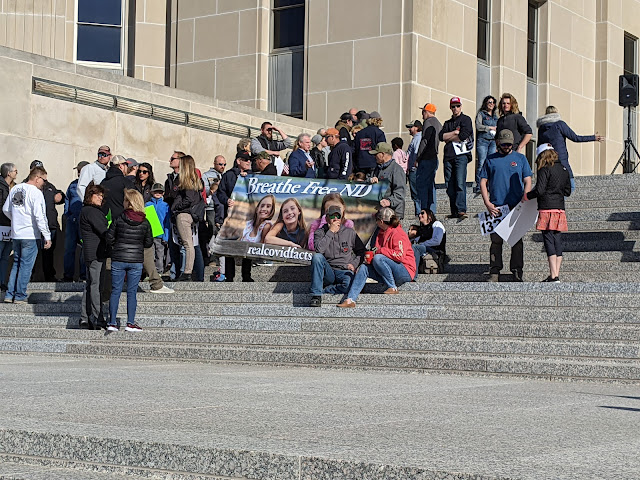