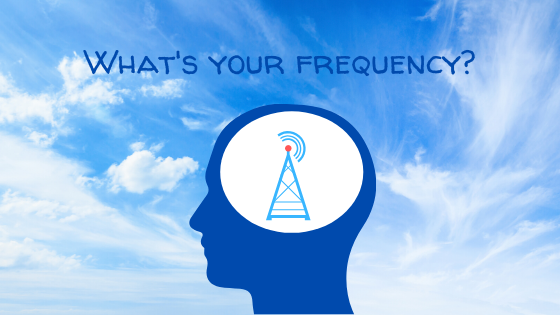 "Kenneth, what is your frequency?!" yelled William Tager as he attacked Dan Rather on the streets of New York City. It was 1986, and Tager was convinced that the media was beaming signals into his head. He wanted to find out what their frequencies were. For a while, the name "Kenneth" became a running joke on late night television as a euphemism for someone who was clueless.

Maybe Tager was ahead of his time, considering the internet and how we carry around a trackable computer device we fondly think of as a "phone" while willingly allowing all kinds of media into our minds.

Dad tells the story of my childhood doctor who was into ham radio. Apparently the sound system in the Catholic church  near where he lived somehow picked up his radio signal one day, a day which he probably should have been in mass instead speaking so colorfully on the radio.

Communication isn't landing where it's supposed to.

During my flight lessons, I was working on my landings with my flight instructor. We’d just begun climbing off of another touch-and-go when a racket exploded on the radio. Beeps and hisses and two guys talking — “Looks like a loose cord here!” and some moregarbledtalk then “not sure but it sounds fine at this end, really loud in the head set” — I wondered at the who and why. If it's a busy day around the tower, having a couple of schmucks tying up the radio frequency is a problem.

My instructor didn’t say anything; we just kept on flying. However, the mess continued and it didn’t really sound like pilots talking. The guy working air traffic control (ATC) came on the radio.

The garbled noise continued a bit, with faint voices still evident. No one else could use the frequency as long as these two yahoos were tying it up, and there was actually a fair amount of traffic that morning with another plane doing a few touch and goes, a King Air, a citation or two, plus work on the runway meaning the instructions on getting to the right spot (charlie three at runway one three) were a little more involved than usual.

"Stop using this frequency. Don’t ever use it again!" ATC said again. The garbled noise ended.

A bit later, a pilot came on the radio and got his instructions from ATC. At the end, he mentioned what had happened. "What was that? Sounded like two guys checking phone lines…"

ATC responded. "Yeah, it happens once in a while...usually at the most inconvenient time."

All of this is about unwanted communication invading your realm.

It was probably inconvenient during that mass to have the local doctor chiming in with locker room talk. It was inconvenient for the pilots trying to safely maneuver around the airport with two workmen tying up the radio.

Ever feel like someone is tying up your internal air time? Wonder how to get people off of your frequency?

I don't know what your frequency is, but you better get it tuned tight and right.

We get concerned about the safety of things like actual radio waves, or what technology is doing towards baking our physical brain, but there are worse things doing the job. What do you read? Who do you listen to? Who do you allow to live rent free in your head so that you feel so much anxiety?

My friend and I were working on getting our ham radio operator's license. Chapter two of the study book about killed me, since it was an incredibly detailed dive into radio technology. Sidebands, modulating signals, amplitude, oscillation, phases, formulas... Chapter three sank further into radio circuitry and I gave up the will to live.

The word itself illustrates that it's not just one ping, but a series of pings, a repetition of something—like slowly dripping water—that makes its ultimate mark. Slowly dripping water is great if you're thirsty, but otherwise it's water torture. The first ping might not seem so important if your tuning is slightly off, but over time it'll get you. 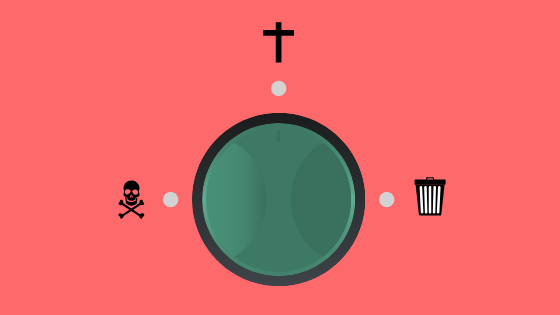 Another interesting thing about frequency is the difference between AM (amplitude modulation) and FM (frequency modulation).


Growing up, AM radio reached the furthest, but there was a static quality to it. If you could get an FM radio station, it was clearer but also prone to being lost over distance from the source, or if there was a change in the geography or other barriers to the signal. You could hear a kind of fuzzy-sounding Rush Limbaugh from Bismarck 's 550 station on AM, hundreds of miles away, but some clearer FM stations from the much closer Devils Lake could be lost depending on where you were.

I keep thinking of how noise affects amplitude and how, when the ups and downs of life seem all over the place, unsteady and without a pattern, the message of what God is doing seems lost in static and confusion.

I think you could have some fun extrapolating a metaphor. Is the message found in the highs and the lows, or in the repetition? Which message comes through clearer? Which travels further to reach you where you are? I guess you can find a message in the highs and lows of amplitude, or in the repeated pings of frequency, depending on what you're tuned in to.
Labels: faith health technology